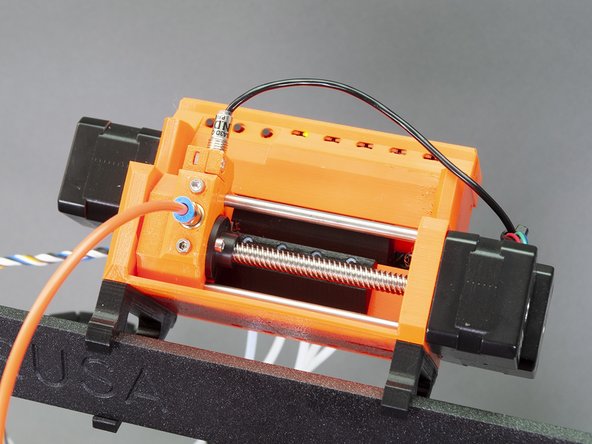 69 other people completed this guide.

It really needs to be “hold the middle button to confirm all filaments are set and you want to exit the service menu.”

Hi Joe, which step are you referring to?

Hi, I believe i have calibrated the mmu2 correctly however i seem to get filament creep. At about 20% of a print one of the filaments no longer reaches the bond tech gears in the extruder body it seems to stop somewhere inside the orange tubing getting progressively sorter each time the filament is changed. Is this a product of incorrect calibration?

Hi, since the newest firmware change this guide is going to need to be updated. I am having trouble doing it with the new features added.